Since the beginning of my photography career (perhaps life in general), I have been a huge proponent of seeing how much can be accomplished with minimal cash outlay.  Sure,...
Read More 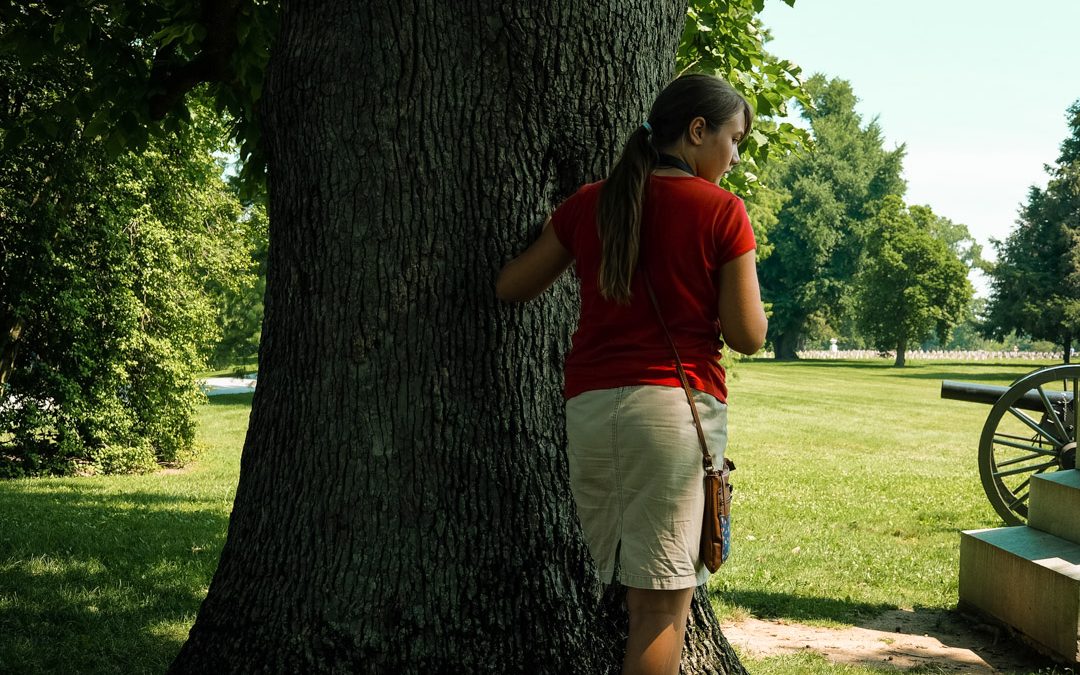 Being the nerd that I was as a youngster, I was enthralled with the American Civil War – that monumental conflict of brother against brother which reshaped the nation.  Within that conflict, the Battle of Gettysburg is the single most important engagement, the bloody three-day battle which turned the tide of the war and became a harbinger of the eventual downfall of the Confederate States.

Despite glaring delinquencies in the educational system’s curriculum, my children have a passion for history, especially Little Man who loves anything having to do with the military or armed conflict.  So, the “copilots” (as they are affectionately called) added Gettysburg to the summer to-do list having no real idea what it was all about.  “Lincoln’s Gettysburg Address!” Princess shouted when they first suggested going, and Little Man was sold at the word “battle.”  It was settled.  Gettysburg was one of my favorite destinations growing up, and I was excited to share this gem with such enthusiastic minds.

Yep, this is one of those posts, where a parent with a camera (P-WAC) shares delightfully-sentimental photos of his kids.  And other stuff.  Deal with it. 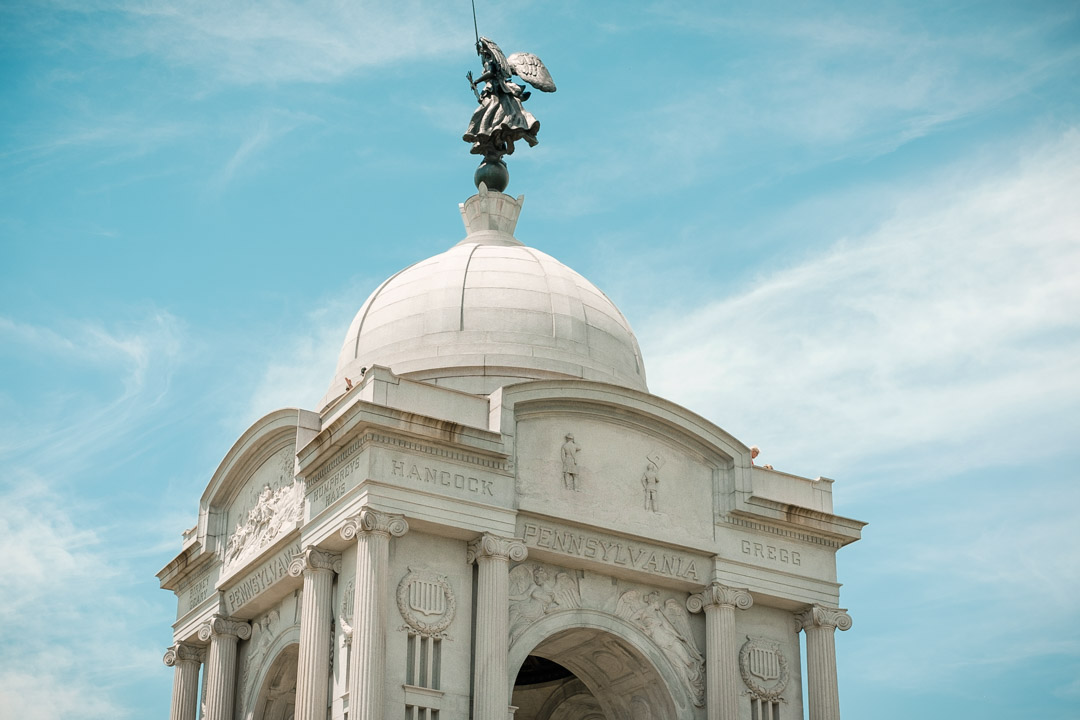 Armed with a hotel reservation and a couple days to burn, we headed off on our weekend adventure, part of which overlapped the anniversary of the mayhem 155 years ago.  Our original plan was to bike around the battlefield, but with temperatures pushing triple digits, we called an audible and opted for exploring in an air-conditioned vehicle (which turned out to be one of the top three best decisions I have ever made). 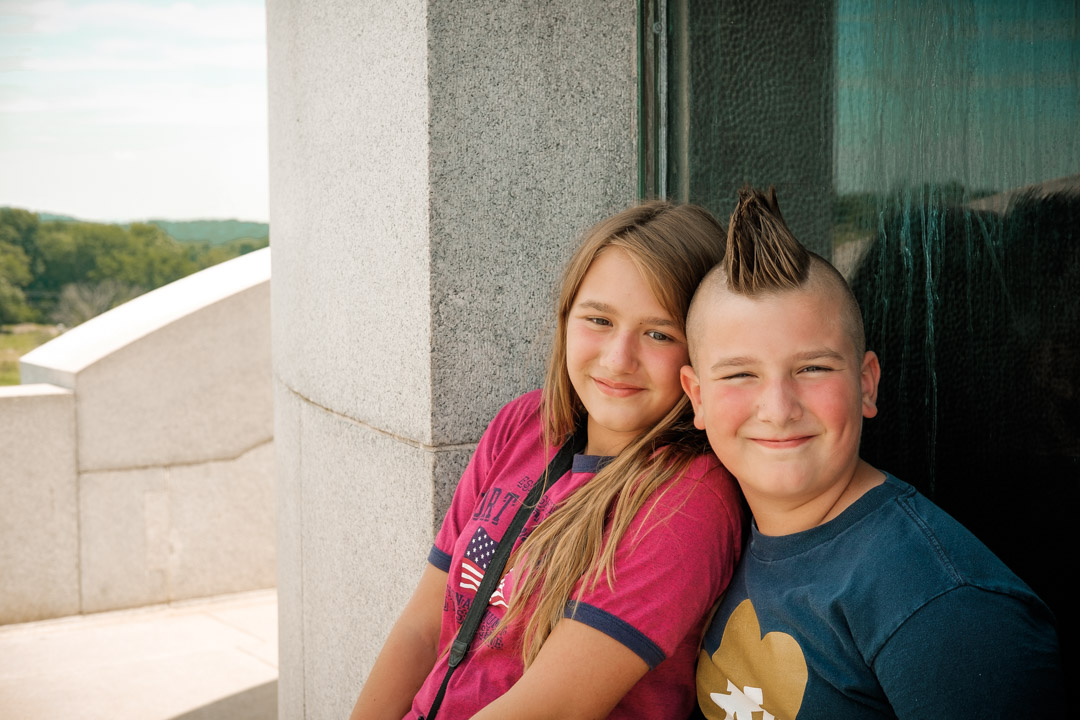 Discovering History Through a Lens

It runs in the family, what can I say.  Over the last while, Princess has taken a keen interest in photography, partly from an artistic perspective and partly for the sentimentality of preserving memories.  Armed with her Fuji X Series camera (brand loyalty is hereditary, after all), it was exciting to see her capturing everything she could.  Invigorating, actually.  I remembered back to my early days exploring photography and the insatiable curiosity that came along with it before it became just another way to put food on the table.  We were climbing to specific vantage points, pulling over to document monuments and placards and fences, and capturing countless moments along the way.  It was refreshing to see the wonderment in so eager a pupil. 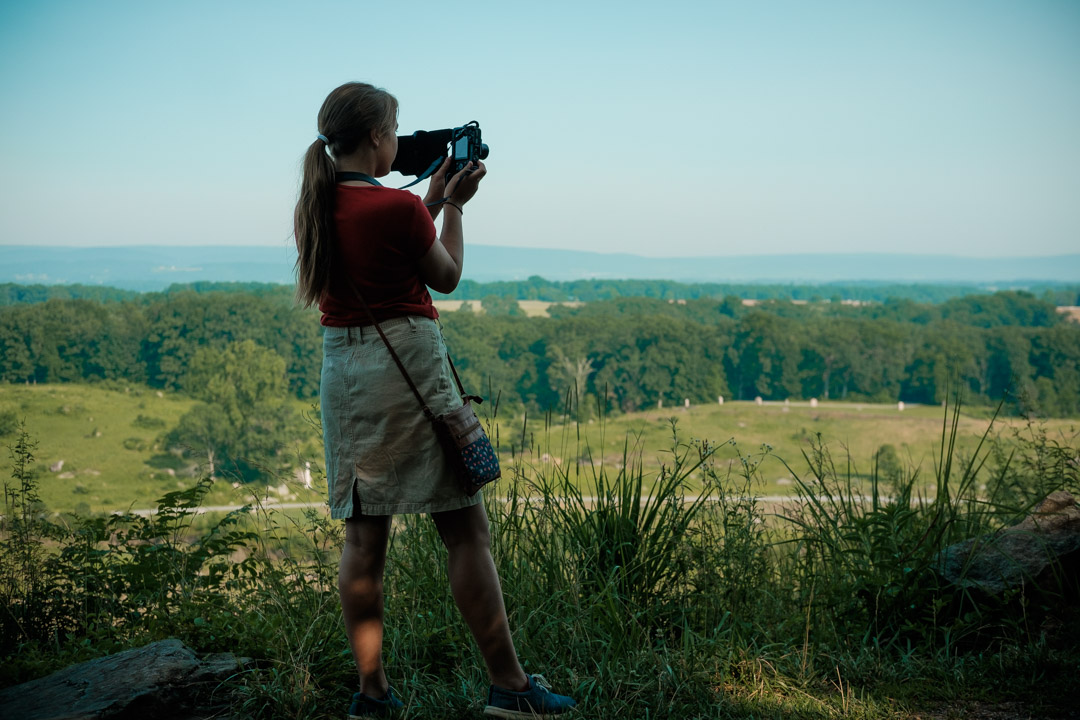 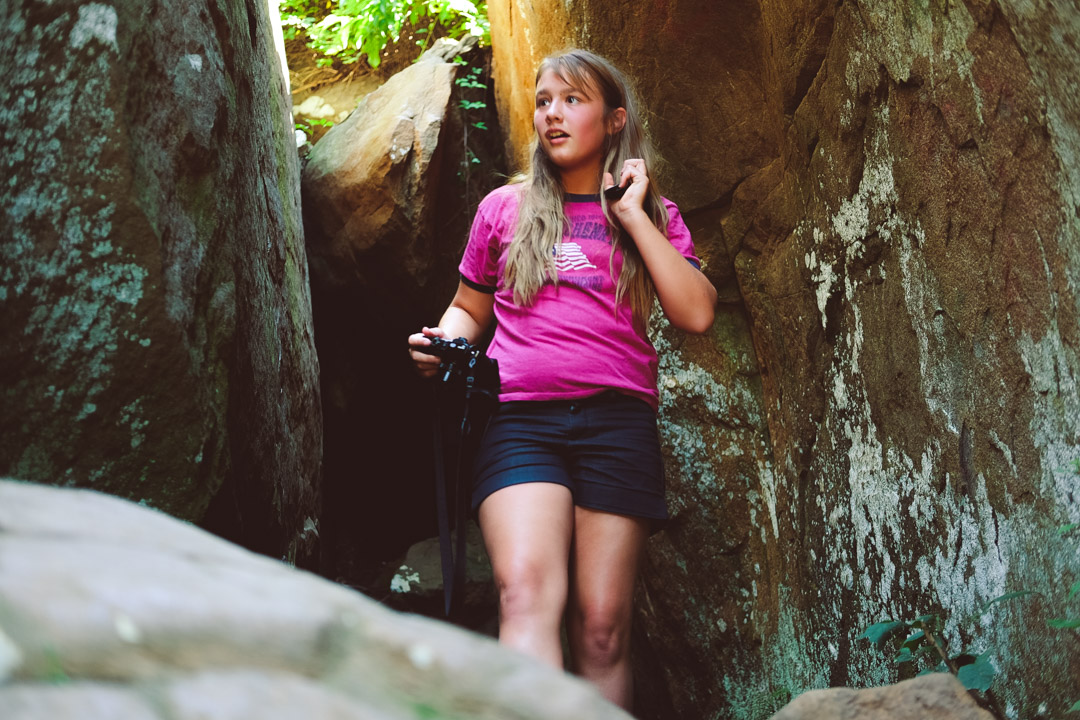 If I were to strip away the clients and the contracts and the business of photography, what do I truly enjoy about it? Through her zeal, I was able to catch a glimpse of why I truly love having a camera in my hands. 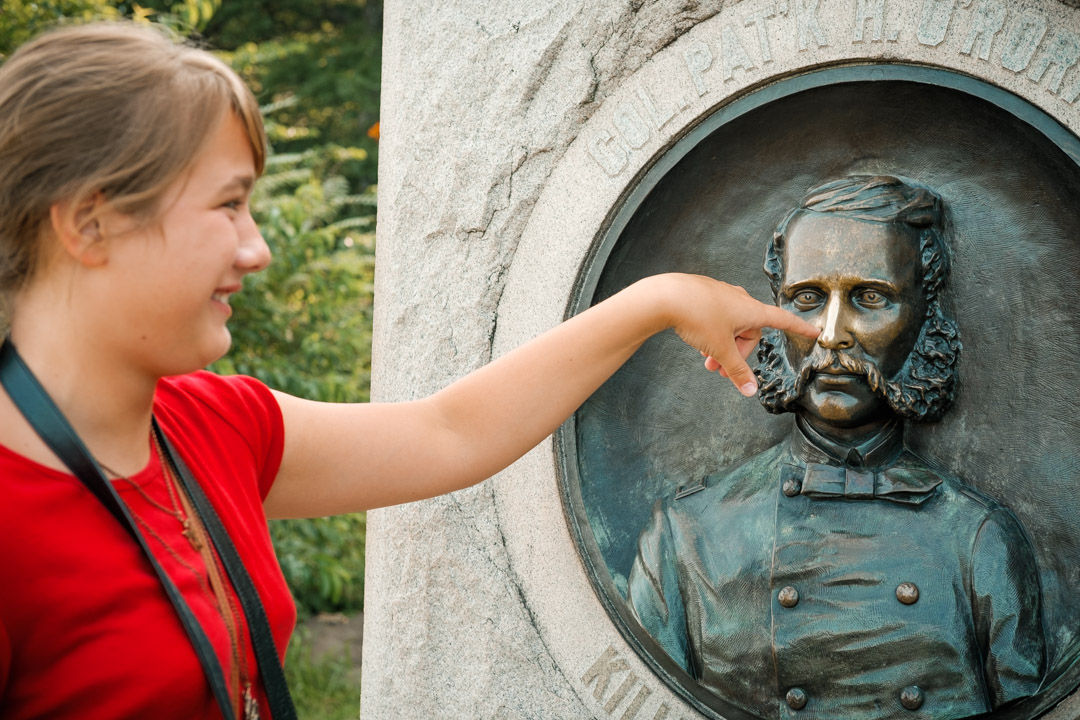 Of all the places on the battlefield, my childhood favorite was always Devil’s Den, a geological rock formation that was the scene of intense and brutal fighting on Day 2 of the battle.  But, to me, it was a wonderland to be explored with tunnels to discover, hiding places to claim, and adventures to be had. 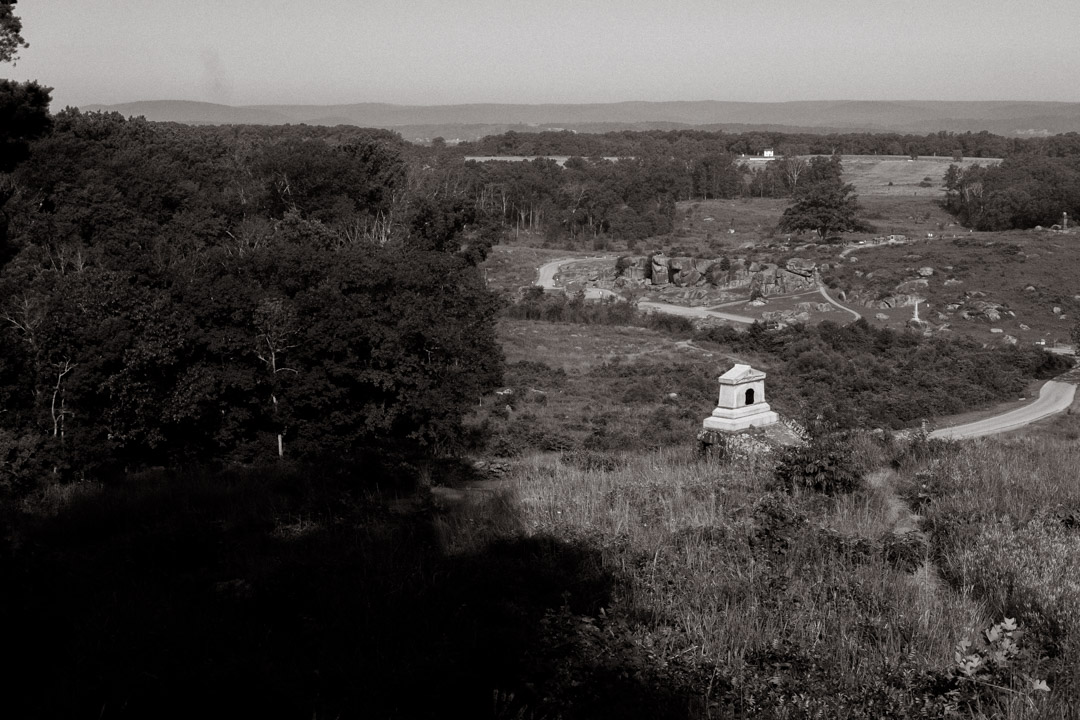 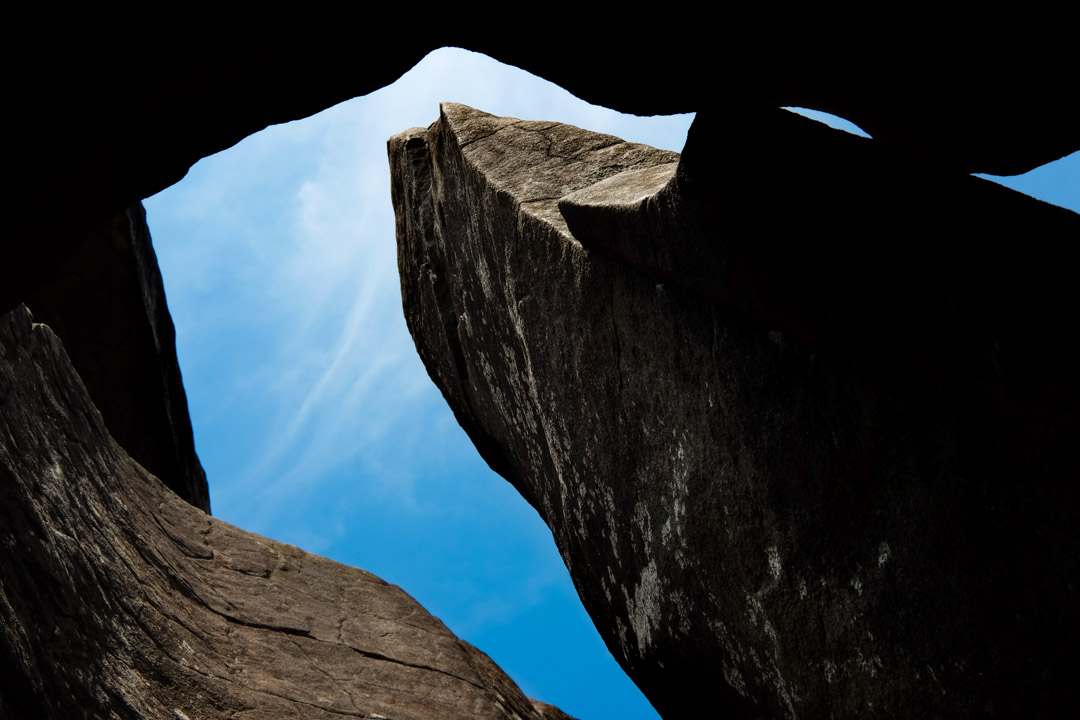 Likewise, the copilots found it filled with an equal amount of awesomeness, and it wasn’t long until it became dubbed “The best play place EVER.”  (Honestly…they even apologized for complaining about not stopping to play on the Burger King Wall of Plastic Amusements earlier in the day.) 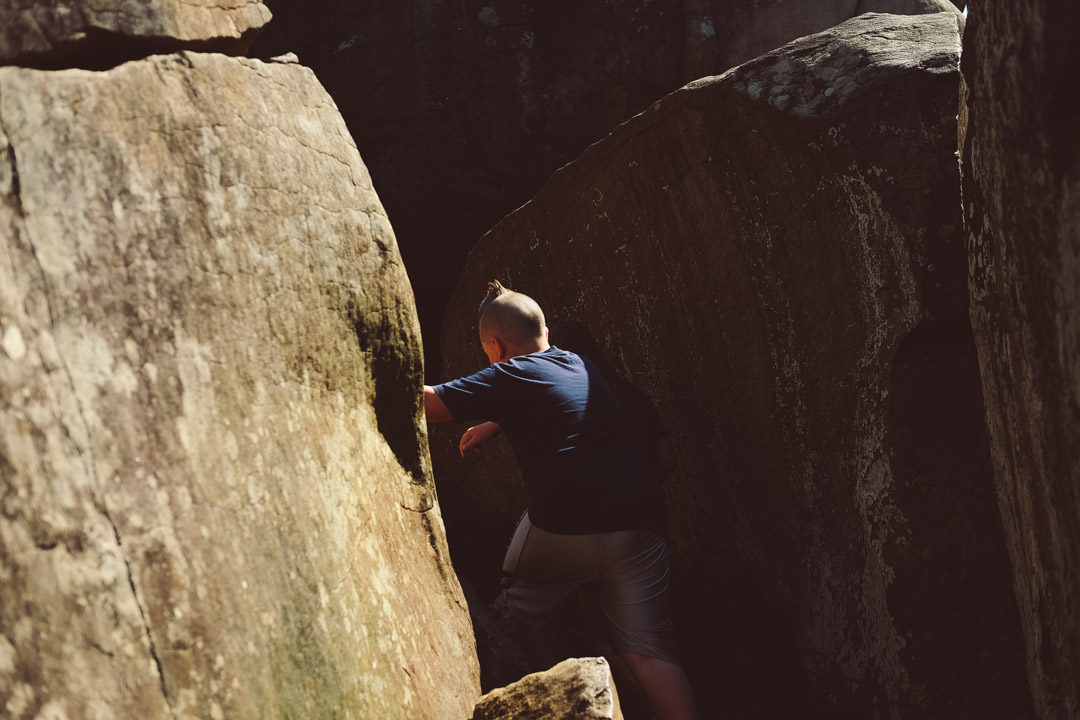 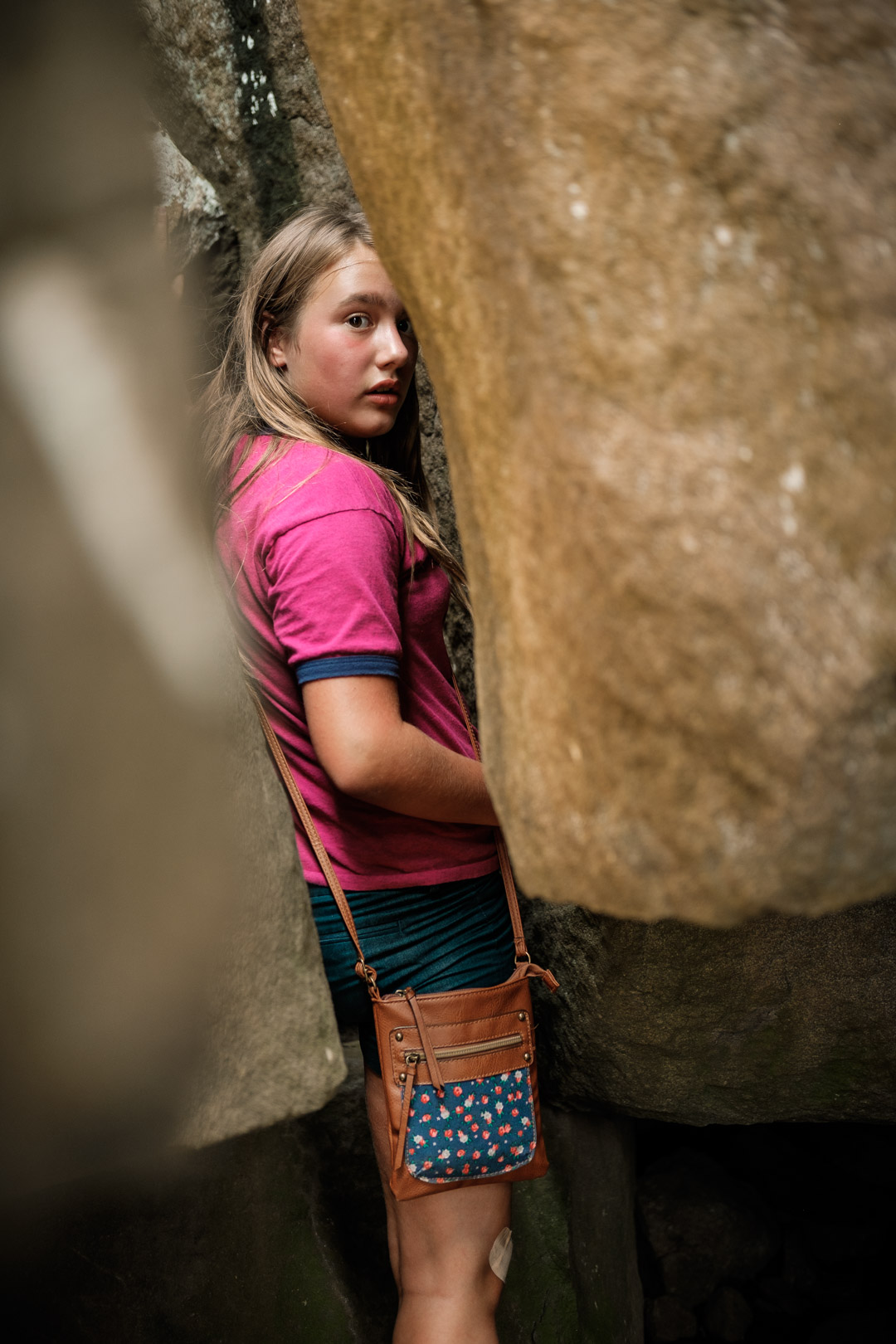 Of course, such a place would be remiss if it didn’t include its own version of Pride Rock and lend itself to endless iterations of recreating the opening scene from The Lion King.  (I literally spent half the day whistling “Circle of Life.”  For the record, it gets annoying after just 22 minutes.) 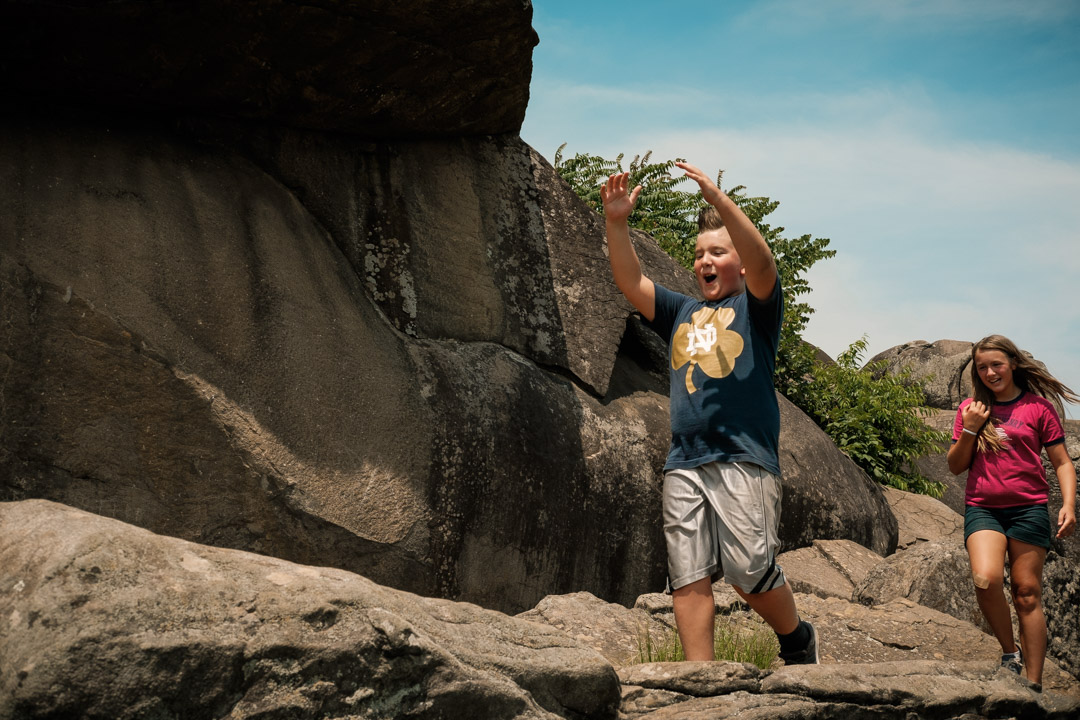 The weather was sweltering, the sun searing, and the humidity stifling, which is one reason I was anxious to crawl into the crevasses betwixt the boulders at Devil’s Den.  As I told one gentleman visiting the site, “If I wanted to feel like I was in bloody Florida, I’d be stupid enough to visit Florida”…after which he informed me that he had just sold his house down there the week before.  (Mazel tov!)

It was during one of these respites that I began to notice the lighting inside was absolutely delightful – streaming gently through openings, reflected off large, rock surfaces – it became a perfect little studio.  With sweat dripping from our faces and hair going in all directions, we took advantage of God’s Lil’ Light Box.  And, the setting fit Little Man perfectly.  (I love that picture.  Seriously, though, he’s growing up way too fast.) 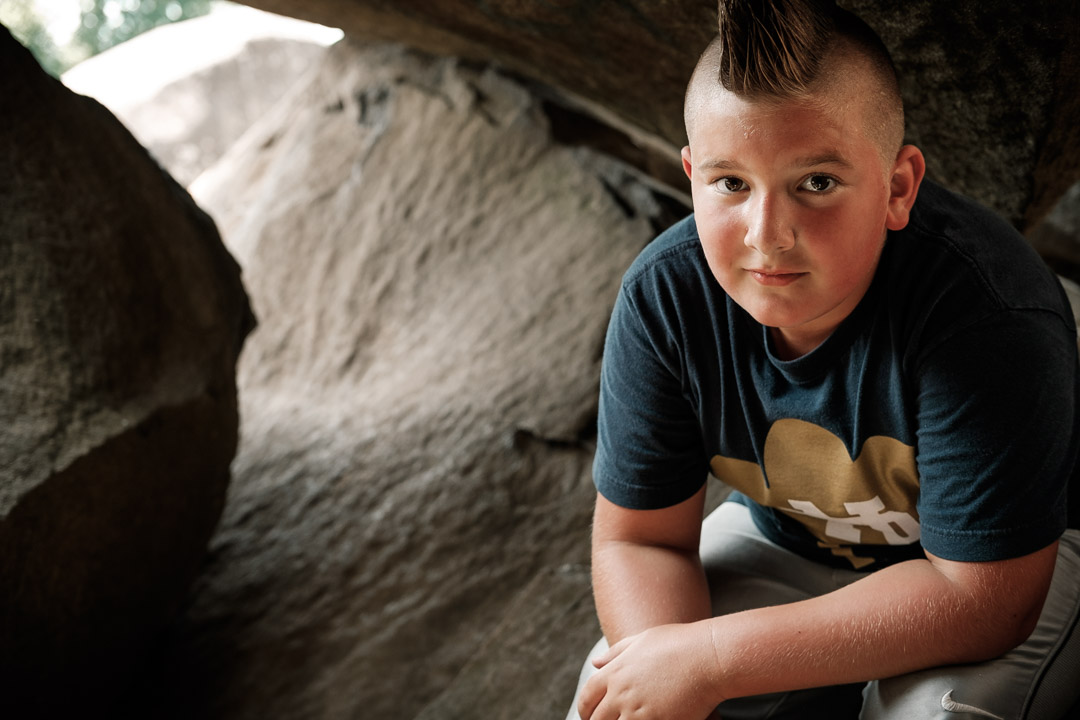 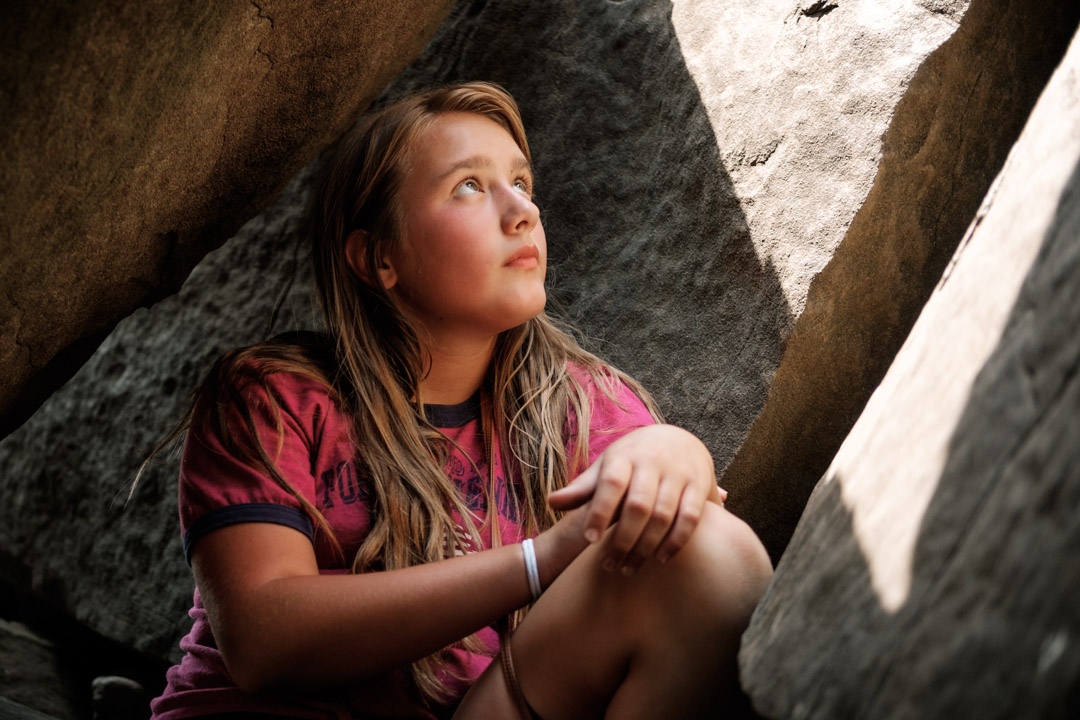 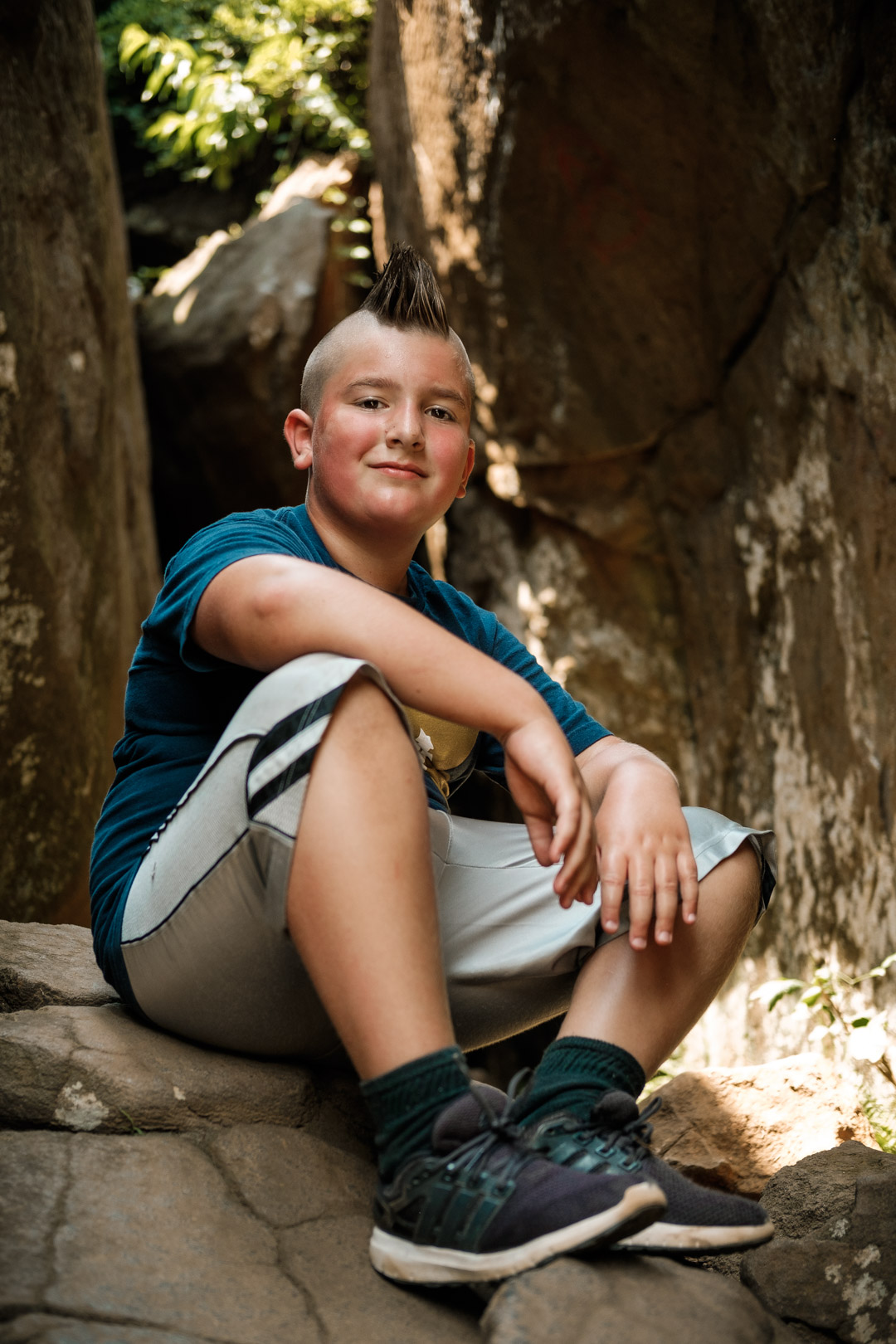 No visit to such a historic site would be complete without taking time to remember “those who here … gave the last full measure of devotion,” as the immortal words of Abraham Lincoln so profoundly state.  Regardless of one’s views on the Civil War or one’s stance on Civil War politics, it was on these very fields that thousands were killed, tens of thousands were wounded, and the course of modern history was altered forever. 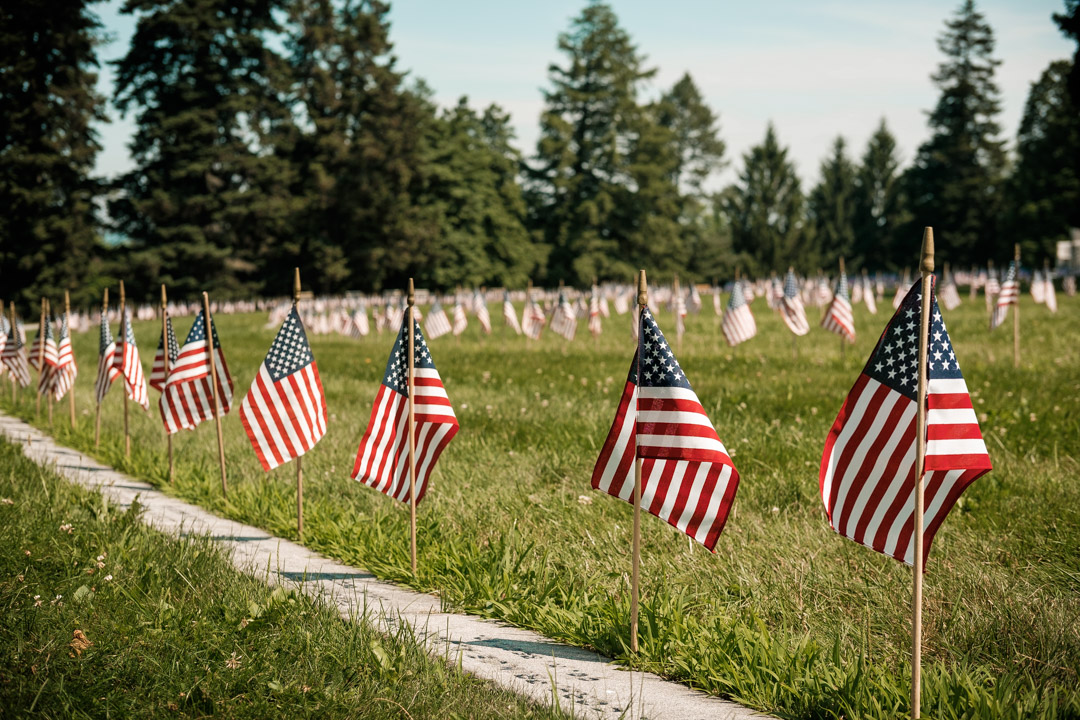 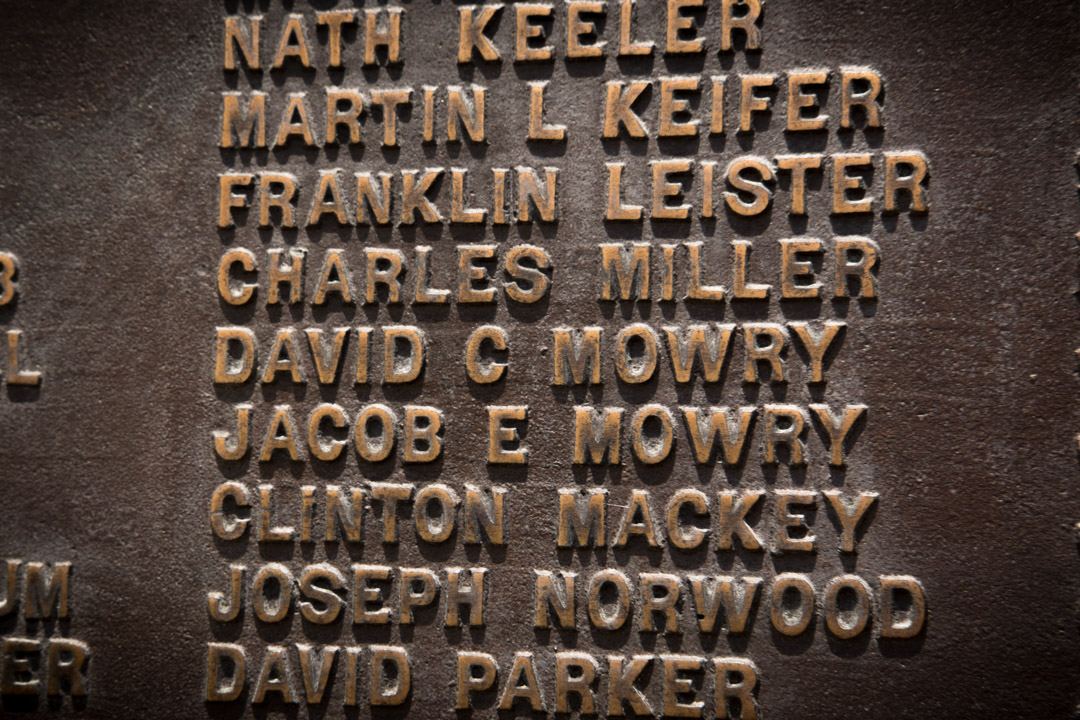 Do children understand the full impact of these hallowed grounds?  It’s impossible.  I know I didn’t at their age.  But one day they will, and, when they do, I hope they realize that no conviction worth having comes without sacrifice, and I pray that they, too, may be bold enough to give their last full measure of devotion for the ones which truly matter. 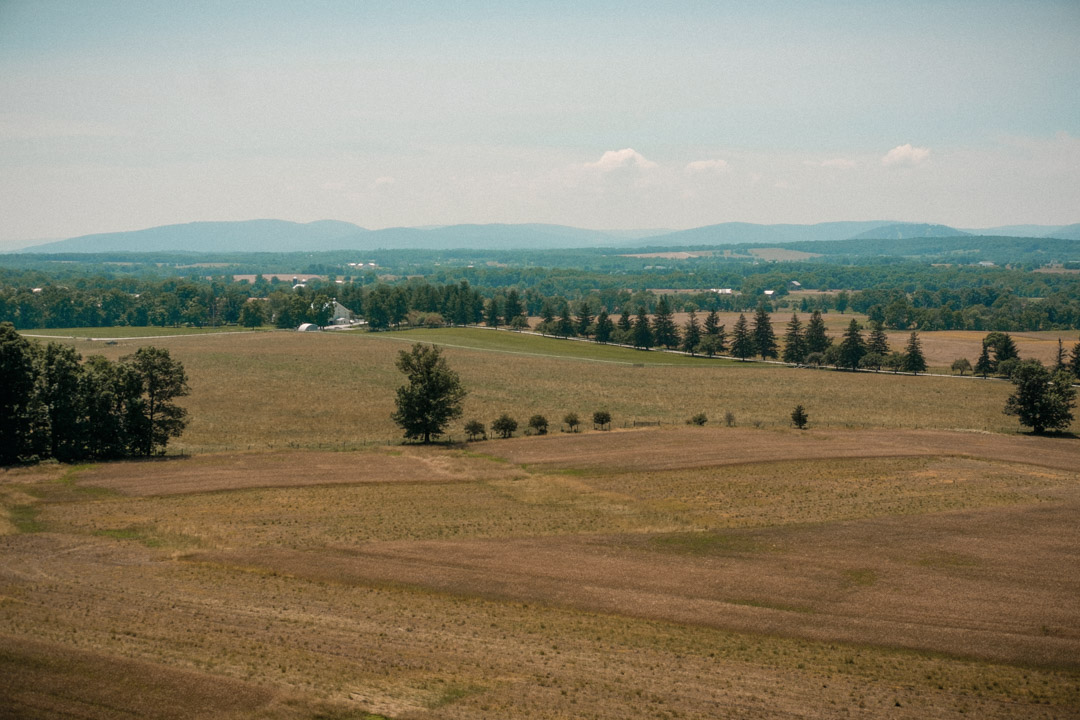