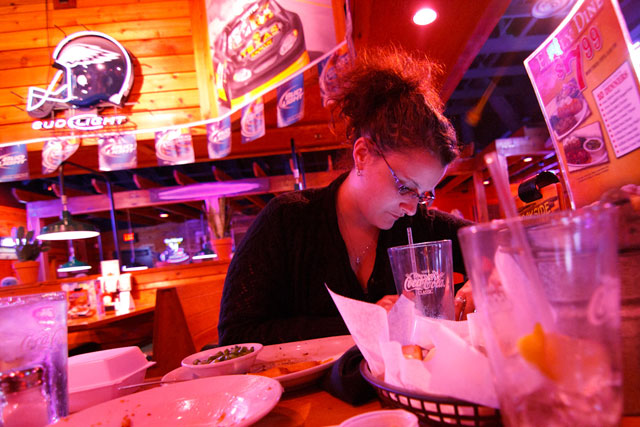 This past week we headed out at 4:00 in the morning to finish up a magazine feature shoot in western New Jersey. It was a long an tiring day (about 18 to 20 hours), but, despite a couple unexpected hurdles, we had a great time and shot some gorgeous images. Can’t wait to keep plowing through the editing and get some final images for you all to see!

Tricia, my assistant/producer/vehicle navigator/in-transit DJ and traveling companion for the shoot. 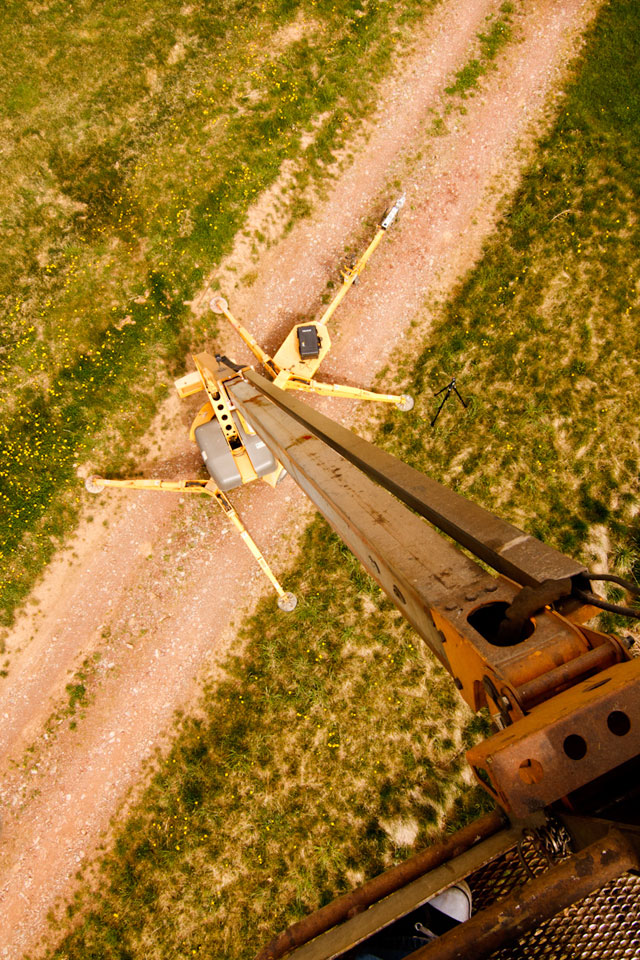 Up in the cage for the areal shots. Wasn’t too long after this the lift malfunctioned, leaving us slightly crippled (production-wise…no physical injuries, though emotions were fragile) and feeling a bit more than frustrated. 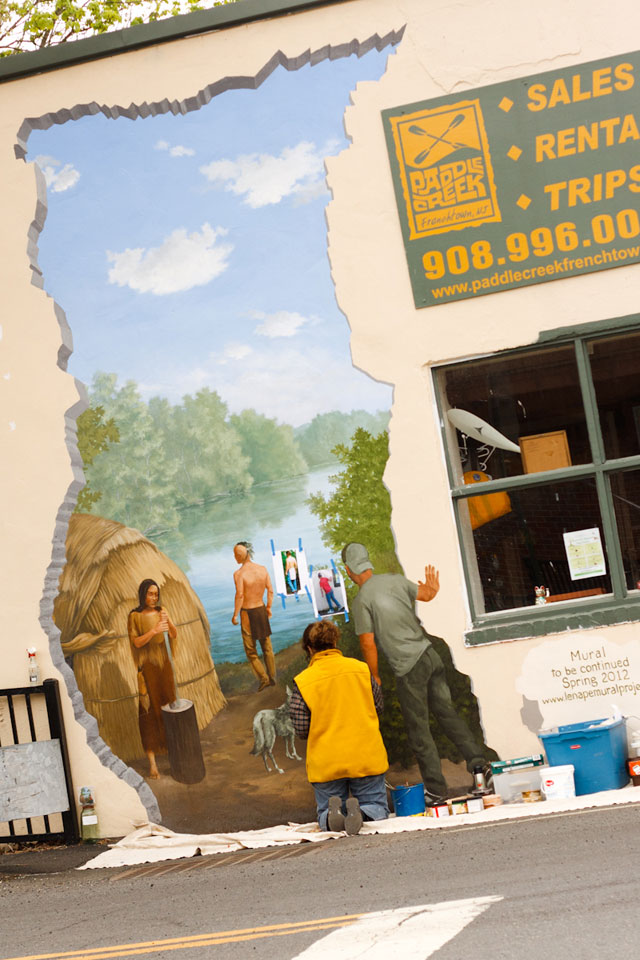 A muralist hard at work as we stopped to grab a bite to eat. I liked the concept with the veil of history being ripped away, offering a glimpse in the past. Plus, it was on the wall of a kayak shop. 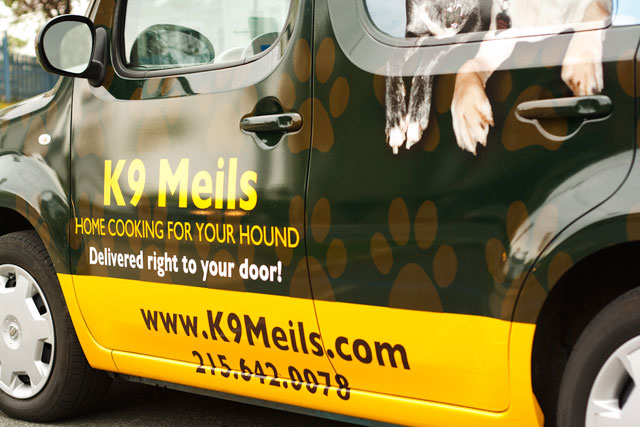 a) What the heck? And, b) what is this world coming to? Sitting in the only parking lot in Frenchtown, NJ, this little mobile left me scratching my head…and wishing I’d have thought up something that ridiculous first. 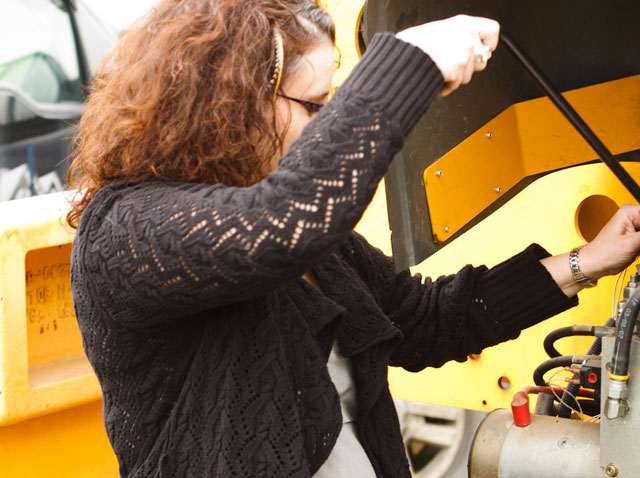 Our areal lift broke down halfway through the day, and we spent several hours trying to fix it, on the phone with manufacturer support, and cursing its very existence.

I eventually diagnosed the problem, and we set about trying to correct it, part of which involved manually operating the hydraulic system (seen here with Tricia the manual pump). However, after we got the mechanics of the situation resolved it was discovered that a more involved electrical malfunction had also taken place and was out of our area of crack-pot expertise. Had to leave the bloody thing there while a repair specialist goes out to work on it today. 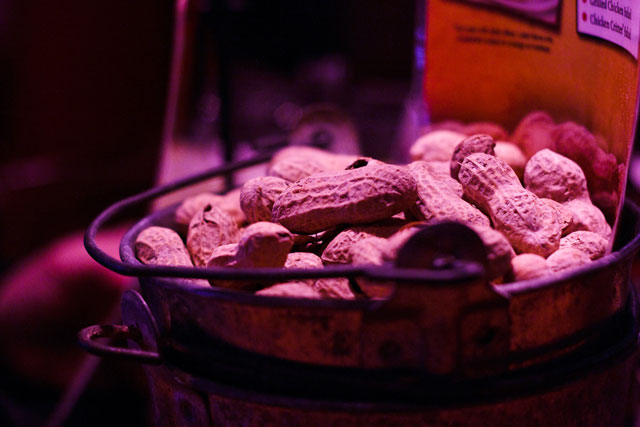 In the words (or word) of Peter Griffin, “Roadhouse.” 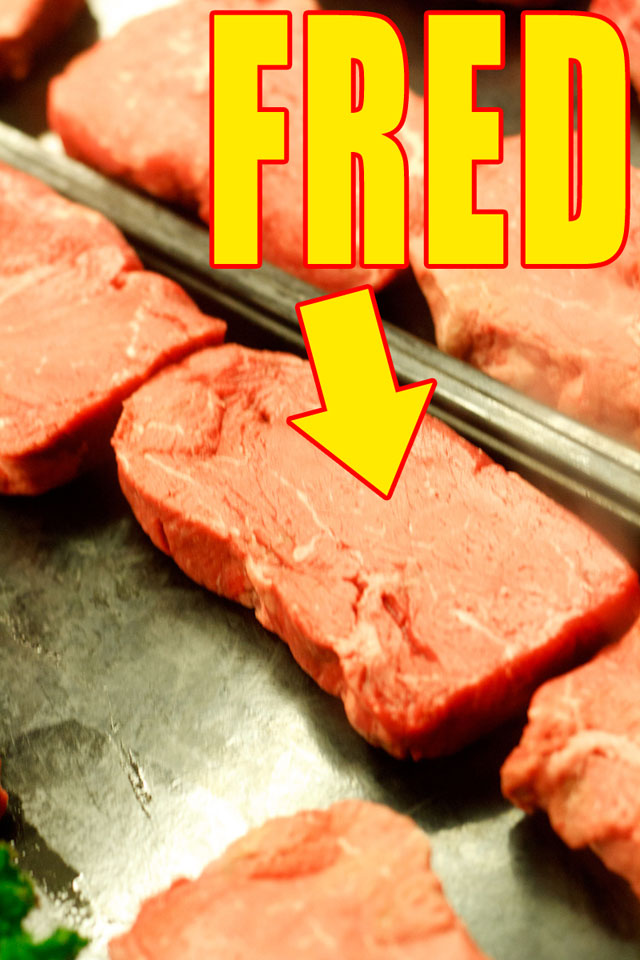 They say that we learn something new every day. For some of us it happens several times throughout a 24-hour period. Last night I learned that we could actually select our own steaks for grilling. This is mine. I called him Fred.