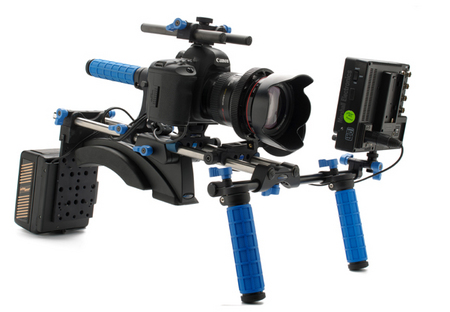 If you, like I, enjoy watching cynical, egotistical bastards who are really good at what they do, then you probably watched the season finale of HOUSE last night. Can’t say it was the best episode ever, but it was still pretty good. What kinda floored me about the whole thing was when I read that the entire episode was shot in HD with a Canon dSLR. The Canon press release is below.

Canon Press Release
LAKE SUCCESS, N.Y., May 17, 2010 – Canon U.S.A., Inc., a leader in digital imaging, would like to congratulate the cast and crew from the hit series HOUSE on filming the entire season finale episode on the Canon EOS 5D Mark II. This crowning achievement marks the first network television prime time drama episode to be shot entirely on a Digital SLR camera, making it an industry-first.

In addition to shooting the episode on the Canon EOS 5D Mark II, Canon EF lenses were used for a complete Canon workflow for image capture. Recording every second of footage to compact flash cards, the crew for HOUSE took full advantage of a completely digital workflow and was able to complete filming the entire episode in just 10 days.

The season finale airs tonight, Monday, May 17 (8:00-9:01 PM ET/PT) on FOX. Canon encourages everyone to tune in tonight and watch. For more information on HOUSE, please visit www.fox.com/house.