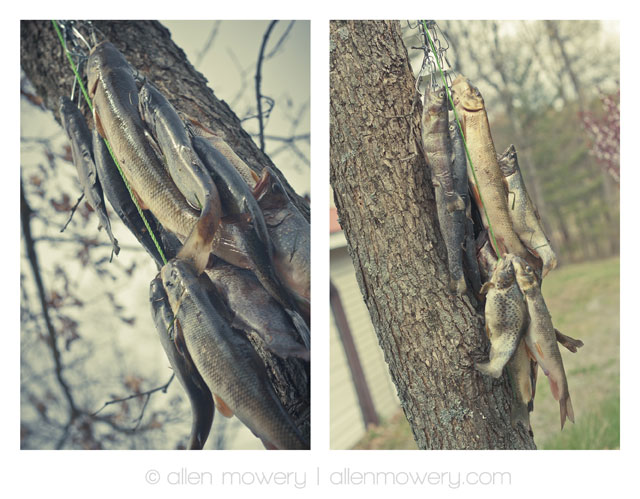 Most of the day’s catch. Never caught my limit before, but, as they continually lower the limit, it just gets easier.

Ever since I was a kid (or youngin, for those of you south of the Mason Dixon line), the first day of trout has been our one consistent tradition year after year. Come Hell, high water, or ridiculous price increases in fishing licenses, each opening day you could find my father, uncle, and I sitting in the chilly morning air waiting for the magical moment we could finally cast our lines into the water. Our crew would vary from year to year, for a while including my brother and sometimes other family members, but, for the most part, it’s just been us.

Some years were a bust. Some years we were shivering, wet, and cold. But, then there’s times like yesterday when everything comes together for a perfect day of fishing. The weather was perfect and sunny (so much so that I fried half my face), the farm-raised fish that they dump into our favorite fishing hole were biting like crazy, and it was by far one of the most relaxing days of sitting along the bank that I have probably ever had.

But, it’s not all about great fishing and good weather. Five, ten years from now I won’t be able to tell you what the weather was like or how many fish I caught. I won’t be able to tell you what food my uncle stocked in his cooler. It’s the times I’ve shared with the ones I love and the memories we have made that will last a lifetime. Whether it’s the stories we’ve shared whilst sitting with our rods dangling over the water, the laughs we still have a decade later at the drunk guy who nearly fell into the water while trying to over-feed the fish because he was angry at us, or the yearly tradition us boys had of urinating down through the beams of the old covered bridge and into the creek with fishermen on either side of the water, each moment is cherished. Someday our loved ones will no longer be here, but the memories of the times we’ve shared will live on forever. 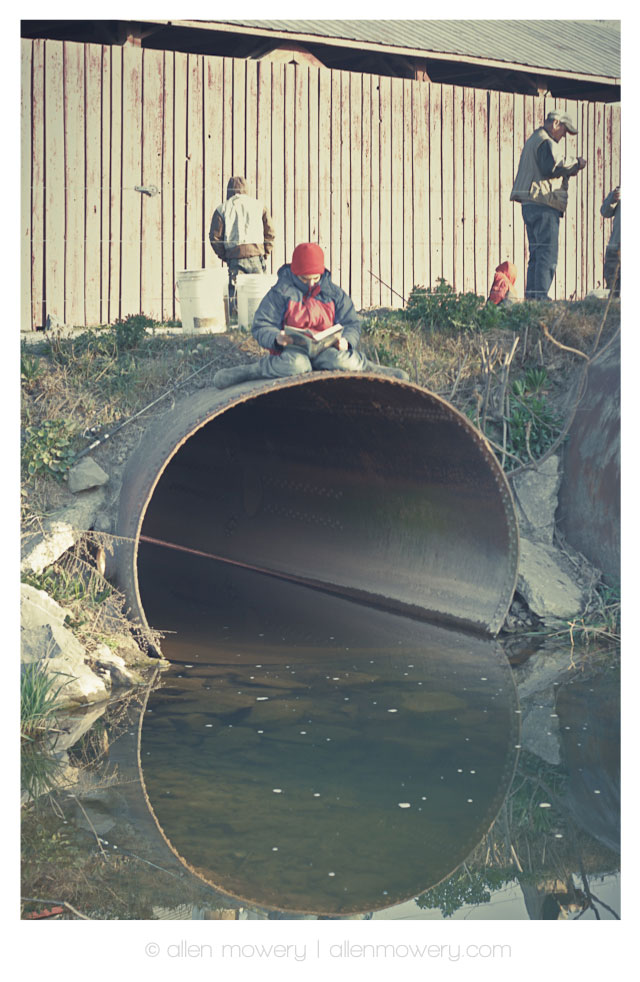 Before start time, a young boy perches atop the steel tile at our fishing hole in Buffalo Creek, reading in the chilly morning hour. 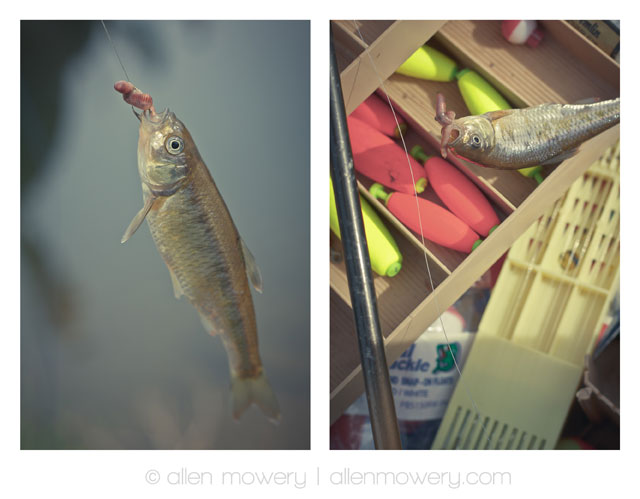 It wasn’t my largest catch of the day, but I think I took home a record for the largest number of smallest fish caught for the day — three little buggers like this. 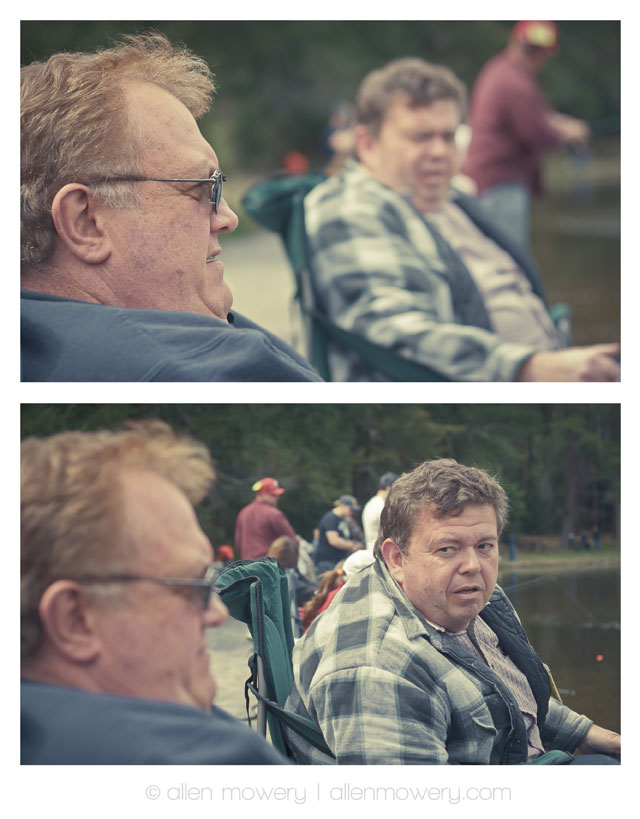 Two Brothers (my uncle and father) – I wanted to tell a story of their relationship — years of memories and experiences with stories shared and laughed about throughout the day; a bond forged stronger through the loss of close family members over the last half a decade; and a love only two brothers could share. Here they are sharing memories, discussing economics, and cracking political jokes while relaxing around the rim of the lake at R.B. Winter State Park. 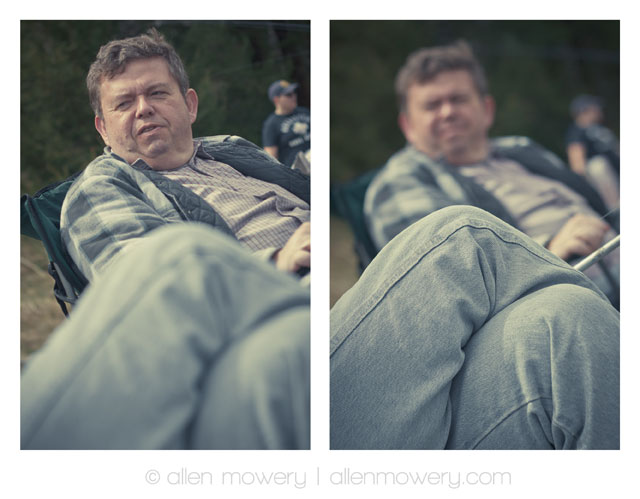 The best part of the day, apart from the memories made, was the ability each of us had to simply sit back, relax, and not worry about the pressures to which we would have to soon return. 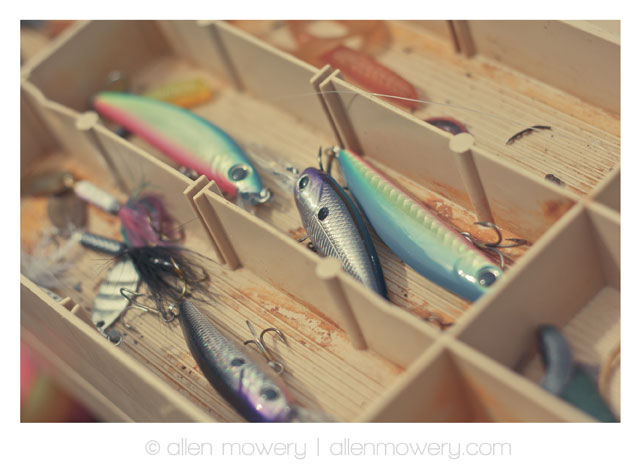