6 Photography Lessons from a Combat Sniper 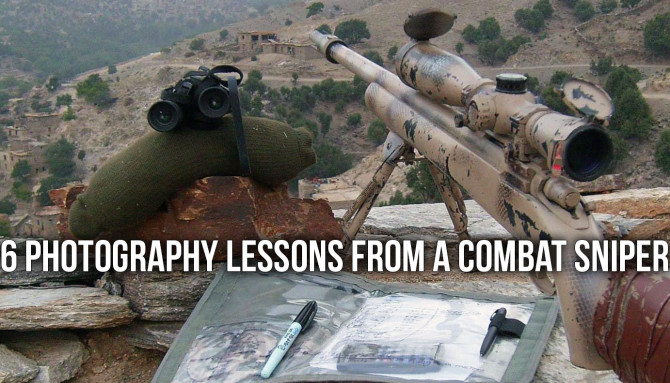 We see them in movies, we watch History Channel specials about them, and they are the things of which legends are made. Surprisingly, no, I’m not referring to UFOs. We’re talking about combat snipers, those lethal ghosts in face paint shifting in the shadows.

I began contemplating the possible parallels between photographers and these men of mystery, and, as I have rarely ever fallen into a category that the military deems as useful for more than civilian life, I sat down one evening with a friend and former U.S. Army sniper to get the lowdown on what life as a precision shooter is really like. As we sat around a crackling campfire beneath a mesh camo canopy, I was intrigued and somewhat surprised as Andy (because heroes literally care that little about protecting their identity) recounted stories of combat missions in the mountains of Afghanistan. But, as we continued to talk, I began to see more and more the applicable parallels between these elusive soldiers and those of us in the metaphorical “trenches” of photography. (There’s really no comparison, I know…)